With under two weeks until the Live at Squamish festival, I have begun my preparations by perusing the MySpace pages of the artists. Anyone who has ever been to a festival knows that a plan is necessary to ensure no great music is missed. Take for instance Field Day 2008. We managed to catch 1.5 bands and by the 0.5, I mean we made it to the tent but were distracted by the downpour all around us so we didn't actually savour the music! Field Day 2009 was a bigger success, as we managed to see Little Boots, Mogwai, The Temper Trap and more :)

The artists I am most looking forward to at Live at Squamish are:

I went to high school with Roy and even then, he was distinctly a talented percussionist. They have had success touring Canada and as with any other homegrown band, I hope they cross the pond more often and explore a different market. Dan Mangan has done amazingly overseas :)


We Are They City
I discovered this 3-piece from Kelowna while Googling for new Canadian artists. After listening to their entire album as a stream on their website, I am convinced they have the potential to be revered as one of Canada's best new bands . 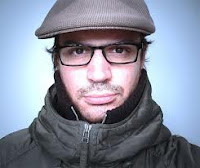 This guy still needs to redeem himself for his act of arson during a show at The Commodore over 10 years ago. I was not impressed when he lit an unsuspecting plush panda on fire during the show :( It was the most adorable thing, until it engulfed in flames and died a slow, miserable death! All that aside, I remember having a great time that night, but it has been too long! Another local GVRD boy who has had a commendable international career.
As you may have noticed, I am going to Live at Squamish to see the Canadian artists! As a supporter of home-grown music, I must mention Canadian Blast.
Canadian Blast is an organization dedicated to promoting Canadian music around the world. I have met their representative, Shaun, in London and I am thrilled Canadians are getting this exposure, with support from the government!
At one of their many showcases in London, I discovered Nova Scotian Rich Aucoin. He absolutely brought the audience at Pure Groove Records to their feet when he performed on a Canadian Blast night a few months ago. Even the reluctant wallflowers found themselves singing along to the lyrics and joining Rich's team huddle. You have to see it to believe it, although be forewarned, he may alienate those who like to stay out of the action ...
Can I digress and say Bryan Adams was amazing this weekend at Empire Field? Talk about a successful Canadian! I should have known better and stationed myself at the front so I could have been picked to sing When You're Gone with him. I forgot that he always chooses an audience member at every show. Here is an extra special performance of that song with THE Mel C in London, November 2008.
And while I am celebrating Canadian musicians abroad, there is a photo of Dan Mangan performing an acoustic set at The Lexington in Angel.
Clearly I am too musically excited to focus on a proper update today. Sorry for the random digressions! There are not enough hours in a day for me to rant about my lovely musical experiences :)
Posted by Katherine at 8:06 PM