Inspired by my friend Rob's blog, and his collection of Top 5 Albums of 2010, I'm going to put my 2 cents in! Now some of you may go, "what the heck was she thinking?" but I have to go by what I've been listening to the most on my iPod and not be influenced by what the music publications have fed me this year. I am a fairly open person when it comes to music and as a result, you will see my choices span the genres of Rock, Indie, Pop and Folk. 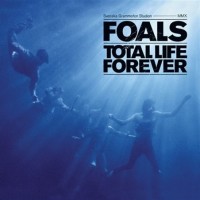 Their first album 'Antidotes' paved the way for the so-called 'math-rock' movement with its upbeat, syncopated songs. One look at them and you'd think they were the ultimate scenesters. The addictive beats reappear on Total Life Forever, but the melodies are more developed soundscapes.
Standout Track: Miami - it takes the sometimes over-the-top beats of their first album and gives it the space it deserves.
2. Jonsi - Go 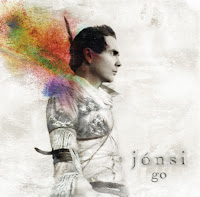 While the rest of Sigur Rós are on hiatus having babies, Jónsi Birgisson embarks on his first solo English record. What was intended as an acoustic album somehow evolved into this dreamy festival for the ears when Jónsi met another Icelandic great, Nico Muhly. Jonsi still sounds like he's singing in Icelandic/Hopelandic but bless him, he's more about emotion than words anyway!
Standout Track: Tornado - Despite the bare lyrics, Jónsi develops the sound into a climax and then exhales. Breathtaking  glockenspiel (in the live version only) and fantastic drums, thanks to Samuli Kosinien of another Icelanic experimental group múm.
3. Ellie Goulding - Bright Lights 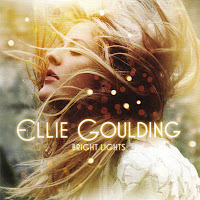 This is a re-issue of Lights, released in March 2010 with 6 new tracks. BBC named Goulding as the artist to watch going into 2010 and she was even crowned Best New Artist at the Brit awards. The songs are equal parts folk, pop, electronic and 100% infectious. I give the girl extra credit for having written the songs with just her guitar and recorded a lot of this album in an East London home studio.
Standout Track: Your Song - an Elton John cover, it's just Goulding's raw voice, a piano and strings. Honourable mention goes to 'Wish I Stayed' as it's gutsy put the first song you've ever written on a debut album.
4. The Pretty Reckless - Light Me Up 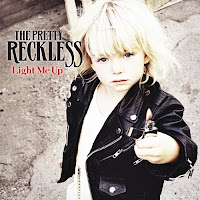 Forget about Taylor Momsen or Jenny or Gossip Girl. The mistake most people make is to dismiss this album based on these three things before they even give it a good listen. Remember the days of Veruca Salt, Courtney Love and Garbage? Momsen is today's version of the power rock chick, albeit with a lot more black goth-liner and a lot less clothes :S
Standout Track: Tonight - husky yet demanding, this little vixen breathes sexy whispers and then rocks out with the rest of her man-band in the chorus! I've heard her in some BBC Live Lounge sessions and no, this girl is not a product of good studio editing.
5. The Drums - The Drums 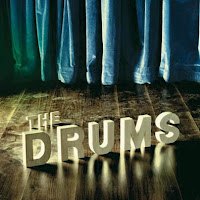 Nothing groundbreaking here and my choice is heavily influenced by a live gig I attended in London earlier this year. If you are looking for an album that evokes the sounds and feel of summer, this one's for you. These Brooklyn lads were much talked about going into 2010 and their young sound re-ignited my belief in the importance of a good live show as well as a strong album.
Standout Track: Down by the Water - understated surfer cool. Honourable mention goes to Best Friend which is more typical of their sound as a band.
CONCERT(S) OF THE YEAR
I've been a to whole slew of gigs this year ranging from She & Him to Hole. It's hard to pinpoint just one memorable gig so here's my top 3 :)
1. Jónsi (03.26.10) at 3 Mills Studio in London - We were told we were extras for his 2nd single so we all showed up dressed as animals. Little did we know, it ended up being a recorded final dress rehearsal before they went on their first ever tour! That show is now part of the Go Live DVD/CD set. 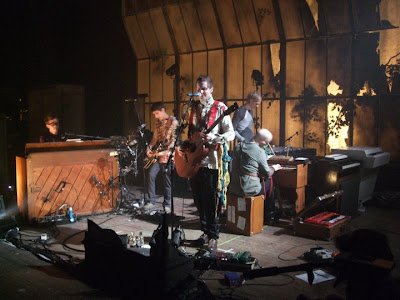 2. One Republic (04.20.10) at Shepherds Bush Empire, London - One of the most underrated bands ever. These lads now spend more time in the UK than America and it has done their music wonders. They are tight and best of all, they are all multi-instrumentalists. 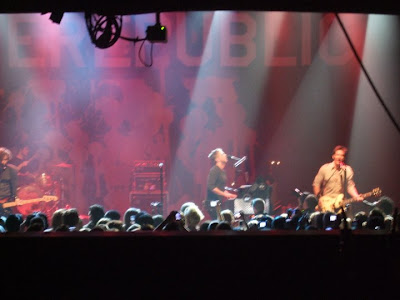 3. The Temper Trap (June & December, 2010) at The Commodore, Vancouver - The best singalong show this year by far! Can't wait to hear their second album ... and from what my inside source says, it's going to be worth the wait!
Overall Honourable Mentions:
School of Seven Bells - Disconnect from Desire
Broken Bells - Broken Bells
Yeasayer - Odd Blood
Posted by Katherine at 11:53 PM