What is a better thing to do on a semi-dreary day in Vancouver than to go to the first annual Cupcake Challenge at the Yaletown Roundhouse put on by Follow Me Foodie and Nicole Marie Events! Nothing! 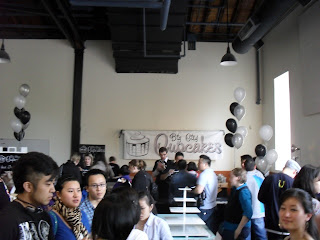 With the increase of interest in food propelled by the great new shows on the Food Network, I'm not surprised at the turnout of this event. It seems nowadays, everyone considers themselves a budding foodie with me as no exception. From spending countless hours on the couch absorbing every word Jamie Oliver and Gordon Ramsay have to say, I now think I am a food critic when I am dining out. What makes the experience more fun is foodie friends like my friend Catherine and my boyfriend. Neither of them are afraid to try anything once, albeit if you put a fried cockroach in front of me, I may vomit before I actually ingest it! One of my favourite foodie experiences was the night my boyfriend and I went to Archipelago in London by Warren Street Station. In the span of an hour and a half, we tried a crocodile fillet, seared zebra, and kangaroo! Since then, we've also had kudo, springbok, escargots, and some other off-the-beaten-path delights. 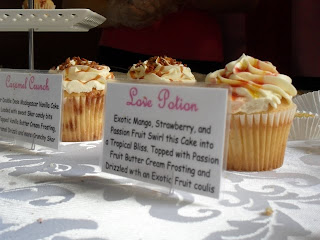 I'm getting incredibly off topic. This is what food does to me! Ah, yes, cupcakes! After a full stroll around the Roundhouse community centre due to lack of signage, we approached a wee table managed by Mijune of Follow Me Foodie. She was absolutely lovely and told us several vendors already ran out of cupcakes because some 800 people have already been through the doors. The Cupcake Challenge started at 11am, we arrived at 1:30pm. When we walked out an hour later, I'm sure I heard someone say 1000 people had been there!

Armed with a ballot and an empty stomach, we made our rounds to all the vendors. While some only had their cards and portfolios left, some still had cupcake samples. My favourite flavour was the Caramel Crunch by Frostings Cupcakery

Congratulations to the 2010 Winners of Vancouver’s 1st Cupcake Challenge:

Bon Gateau was another front runner for me. Although they didn't come away with any awards :( 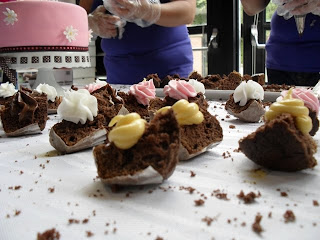 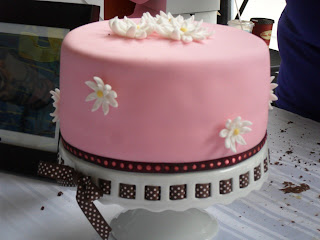 Big City Cupcakes was very knowledgeable and friendly. Their samples were divine too! 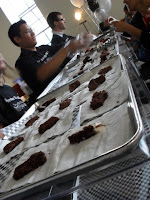 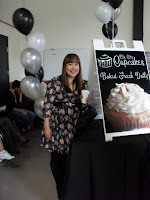 Overall, I deem the first annual Cupcake Challenge a tremendous success. Everyone on my Facebook had some sort of status update about going. I know for the vendors, a lot of people showed up for free cupcake samples. Although that motivated me to go, now I'm aware of cupcake/cakeries I would have otherwise never have found. As the event was promoted on Blogs and websites targeted to my deomographic, it will surely result in increased sales for weddings, birthdays and births! I know I spotted a certain cupcake I'd want at my own wedding ;)
Posted by Katherine at 2:26 AM

YOU are lovely!!! Thank you so much for this great post! I love that you love food! The only thing from your list I haven't tried is seared zebra...although I dressed up as one for Halloween before. Now I'm off topic ;)...thank you for supporting this event and I'm so happy that have found independent bakers that you may have not found otherwise. We wanted to showcase the big and also the small because they both deserve it!

Thanks Katherine, for your support. Hopefully I'll see you there next year. It will definitely be bigger AND better!