A Fight Erupts at My Doc's Office ... Just another day at the office!

Now before anyone gets all excited, by fight, I don't mean a physical one. Although, I was so frustrated with the reason for the verbal fight, I had to resist the urge to step in and play mediator. A woman showed up late for her appointment and expected to be slotted in right away. She wasn't expecting to have to wait like a walk-in patient. After an hour, she erupted and accused the receptionists of shady operations. Long story short, she kept yelling while walking around the large waiting area, hoping someone would support her plight. To no avail.

I almost walked out. I was really hoping to use my two-hour wait to dent My Single Friend. This book reminds me of an episode of the Tyra Banks show. Girl lives with best friend who is a geeky boy she has known for years. She and 2 friends do a "Project Henry" on him and now she's in love with him. I bet they end up together! 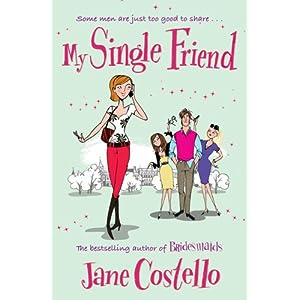 Ah, back to the "fight". After a lot more yelling and overall, aggressive behaviour, the doctor even pulled the angry lady into her office to have a chat and apologise for any frustrations. So now she is wasting MY time too because she's taking up MY doctor's time. Ugh! She was eventually escorted out by 2 security dudes, but only after she called the Police who obviously knew she was not in a "big, big, BIG fight"!

The whole point of my doctor's appointment was because of a stupid thing I did to my ear. On the recommendation from my mother, I used an ear pick. You know what it's for! I hate to get into the gooey grossness of a description. Apparently it's very popular with Asians because of the type of ear wax we have. They even make Hello Kitty ear picks (apparently). So I was stupid, heavy handed and probably shoved the wax right up to my eardrum because not only is my ear in pain, I can HEAR this weird pulsing wave sound.

After 2 hours of waiting and the entertaining fiasco, my doctor told me I was an idiot, laughed at me, cracked a joke and sent me on my way with a prescription for antibiotic eardrops. I bet my easy to fix malady was the highlight of his day!

Click here to see a fascinating blog from a few years ago about Japan and its fascination with ear cleaning ...
Posted by Katherine at 2:00 AM

Oh gawd that sounds gross!! The ear thing I mean. That lady is such a biatch, I hate demanding people like that. Like hello, there are more people on the Earth than themselves!!

Btw thanks for visiting my blog :)